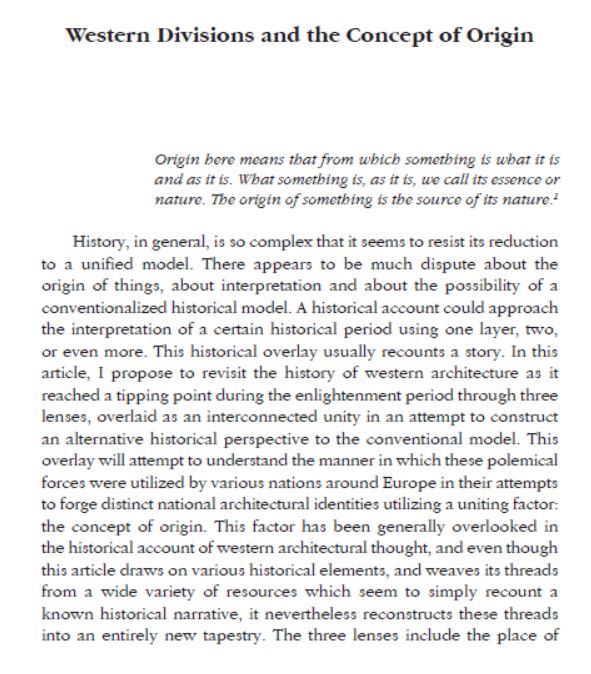 Article: Western Divisions and the Concept of Origin

This article is published in the edited book: “Architecture, Culture, Interpretation – In Honorem John E. Hancock”

The article revisits the history of western architecture as it
reached a tipping point during the enlightenment period through three
lenses, overlaid as an interconnected unity in an attempt to construct
an alternative historical perspective to the conventional model. This
overlay attempts to understand the manner in which these polemical
forces were utilized by various nations around Europe in their search
to forge distinct national architectural identities utilizing a uniting factor:
the concept of origin. This factor has been generally overlooked in
the historical account of western architectural thought.